Home | Chatbots Development | All You Need To Know About Chatbots 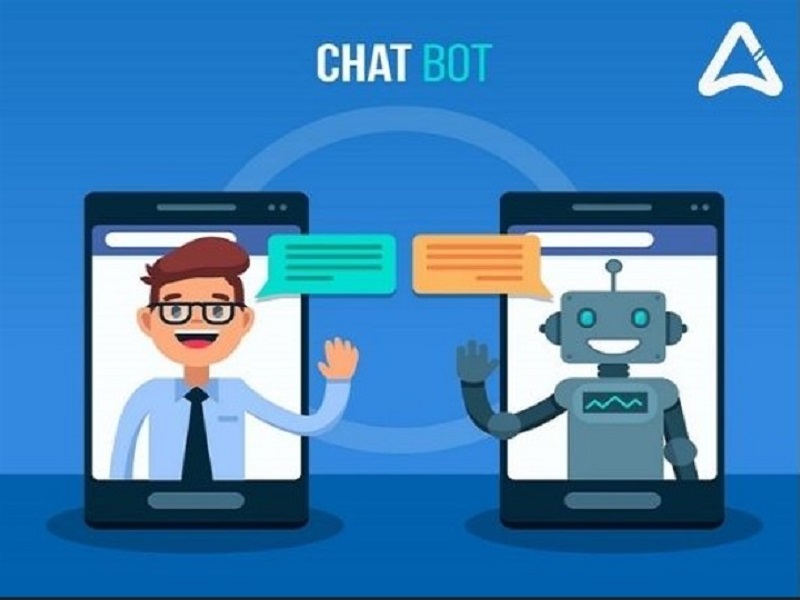 A bot is an artificial intelligence software designed to perform a series of tasks automatically such as making a reservation in a restaurant, marking a date in the calendar or collecting and displaying information to users. The most frequent model is that of the chatbot, a robot capable of simulating a conversation with a person and therefore they are increasingly present in messaging applications.

What does a bot do?

The bots are used mainly to carry out customer care functions, so they can solve the needs of a person. An example of this activity is provided by Taco Bell, which has incorporated a chatbot through which you can manage food orders through a conversation with the automated bot. In such a way that the more the technology improves, the better the service offered by a chatbot will be to automate all kinds of things.

Where do they operate?

The bots develop their activity mainly in messaging applications and for which they incorporate a conversational interface. For example, in Slack, the messaging service for internal communication in companies, chatbots help to manage tasks related to work, such as expenses or pending tasks.

For its part, the platform Kik Messenger, which has 275 million users, has just launched a bot shop. A bot shop helps divert traffic to e-commerce while browsing, this was successfully done by makeup giant, Sephora. While Twitter has also incorporated bots on its platform as is the case of one who tweets at the time an earthquake is recorded. Another social platform that has also incorporated this technology is Telegram.

No doubt, Facebook is the main exponent of chatbots, since after the annual conference of developing these tools to operate on its messaging channel Messenger. This function is capable of facilitating the relationship between the customer and the brand. As well as, respond to users with the so-called ‘structured conversations’, which include a title, an image, a description, and a URL.

The multinational Microsoft and the Slack platform are two of the companies that are betting most on the creation of this software. It also highlights Google, one of the companies that have more services to exercise artificial intelligence. This internet giant is designing a chatbot that will work within a new mobile messaging service.

Facebook, the company led by Mark Zuckerberg, is providing its developers API tools (Application Programming Interface) so that they can create this artificial intelligence software since most companies do not have the resources to build chatbots on the same standard independently.

Why are they topical?

The main reason is attributed to the speed with which Artificial Intelligence software improves, being the culprits of this boom the main Silicon Valley technologies such as Facebook and Google, among others. The AI allows the computers to process the language, and to converse with people, in a way that has never been seen before.

Another reason has to do with the opportunities offered by this technology to become a new source of income. In this sense, Facebook messenger, which has 900 million users, has been fully devoted to the development of bots so that both publishers and companies can offer their services and products through this channel. In this way, manufacturers and investors will seek to take advantage of this potentially lucrative market in the best possible way.

What is your business model?

Technologists are not focusing all their efforts on the creation of bots by chance. It is evident that with this market you can obtain important economic benefits in such a way that there are opportunities to generate income through subscriptions, advertising, and electronic commerce.

Based on this approach, if the bots allow users to save time, it is possible that subscription models are adopted to dispose them. In addition, if a bot replaces the functions of the Google search engines, they could potentially incorporate advertising content. Finally, if the bot influences the decision of an e-commerce purchase, the creator of the software could obtain a commission.

We can differentiate between several types of chatbots today:

Based on architecture tree type decisions

These have little or no intelligence. It has no flexibility in the conversation, the flow of it is conditioned by a chain of stages in a linear manner. It is determined by the rules that we indicate.

They are built with artificial intelligence techniques. They can understand the intentions of the user and are able to collect information to analyze a set of parameters and understand as accurately as possible what the user’s intention is. For example: «I want to reserve a table», the bot will understand the user’s request.

These chatbots combine both, the flow-oriented and the intelligent niche. In this way, users can have conversations are personalized and feel as if they are talking to another person.

Advantages of the Chatbot

Imagine that, a user purchases a product from a company and, the company has a chatbot, the consumer now has the option of a post-sale assistant available 24 hours a day. Thanks to artificial intelligence your company will be able to solve all (or almost all) the demands or complaints of its users.

Usually, a chatbot is integrated into a website or Facebook page works and opens as soon as the user enters. Quickly the virtual assistant is going to greet us kindly and offer his help. In this way, if we do not know the brand, its prices, products in detail, the chatbot will be able to provide us with all this information in a matter of seconds. The truth is that chatbots can be a perfect tool to awaken the interest of our visitors. Prices, availability of products, sizes, location of the nearest stores, etc…

Many doubts that any buyer would typically have are resolved at a stroke with the chatbot. This is a blessing for the user since they now have a 24 hour assistant at their disposal, if in case of any unforeseen occurrence during or after the purchase process.

Differentiate yourself from the competition

It is true that chatbots are becoming increasingly popular but we cannot say that it has been massively integrated into all websites or Facebook pages.  Integrating this small robot can make you stand out from your competition by providing that added value that not only saves time for your target audience but also gives an image of a modern company willing to approach and listen to their consumers.

One of the main advantages of the chatbot is that it will make you gain a very valuable amount of time in terms of customer service. All the simple and basic doubts can be solved by the bot in a way that frees the customer service department to spend resources in solving them. Also, keep in mind that the chatbot is able to find the information requested in a database much faster than a person. Good use of the chatbot can translate into lower costs and improved customer service for more complicated issues that a bot cannot solve.

Let’s say that a company sells considerably more during Christmas, if they have a chatbot, it can be assumed that many more requests for purchase could be catered to instantaneously resulting in a boost in sales.

Chatbots record and store data, tastes and metrics so that we can monitor the interactions of our customers and adjust to their habits by improving our bot. Google has launched Chat base, a free tool to analyze all the data that our bot provides us. It is compatible with almost all platforms (Facebook Messenger, Skype, Twitter, WeChat, Google Allo …).

Disadvantages of the Chatbot

Not everything that glitters is gold … Like everything, has its drawbacks that we must consider while opting the best solution.

Many of them will prefer to talk with real people even if they have to wait longer or call by phone. We believe that this is part of that first stage of adaptation to a new technology that, in addition, replaces the human element in a certain way. It is normal if there is a certain degree of rejection, however, over time and as the bots become smarter, the masses will end up accepting and adopting this technology.

Loss of data or system crash

It is important that we have a backup in case there is a problem with our bot as there is a lot of information stored and it can be troublesome to lose it all. In addition, we can suffer a system crash that makes our bot not work properly which can tarnish the user experience.

Currently, chatbot cannot interpret the sarcasm in a conversation or the states of the emotion of the user. This can result in miscommunications. If the user’s message is not well interpreted, the user will naturally get frustrated resulting in a negative user experience. For the moment, this is in the hands of the evolution of artificial intelligence. Let’s wait and watch what lies ahead… 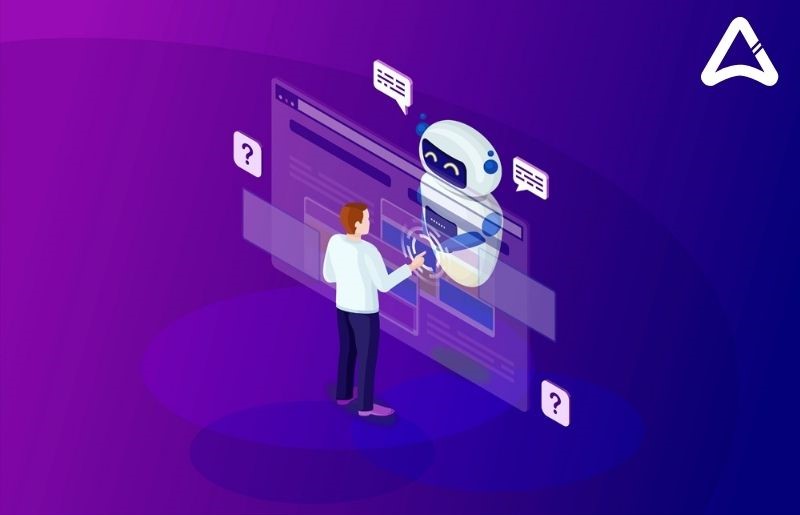 Chatbot : What It Is, What It Is For, How It Works, and its Advantages 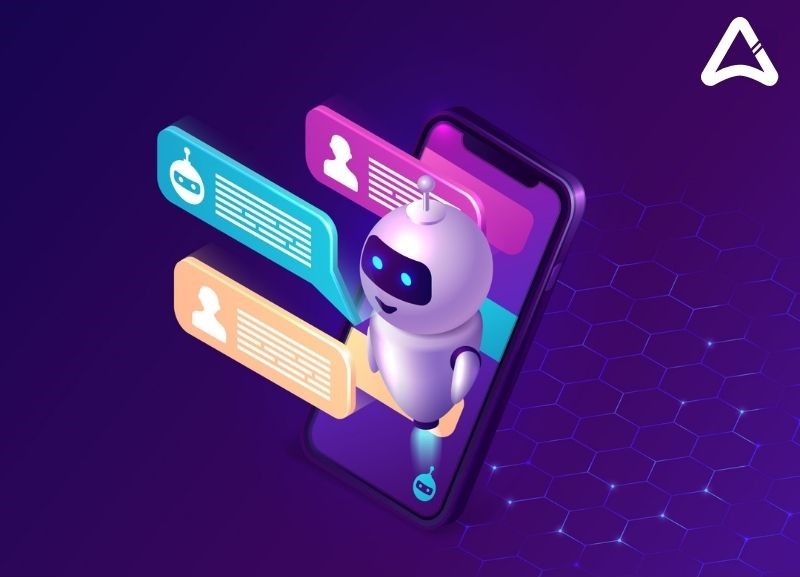