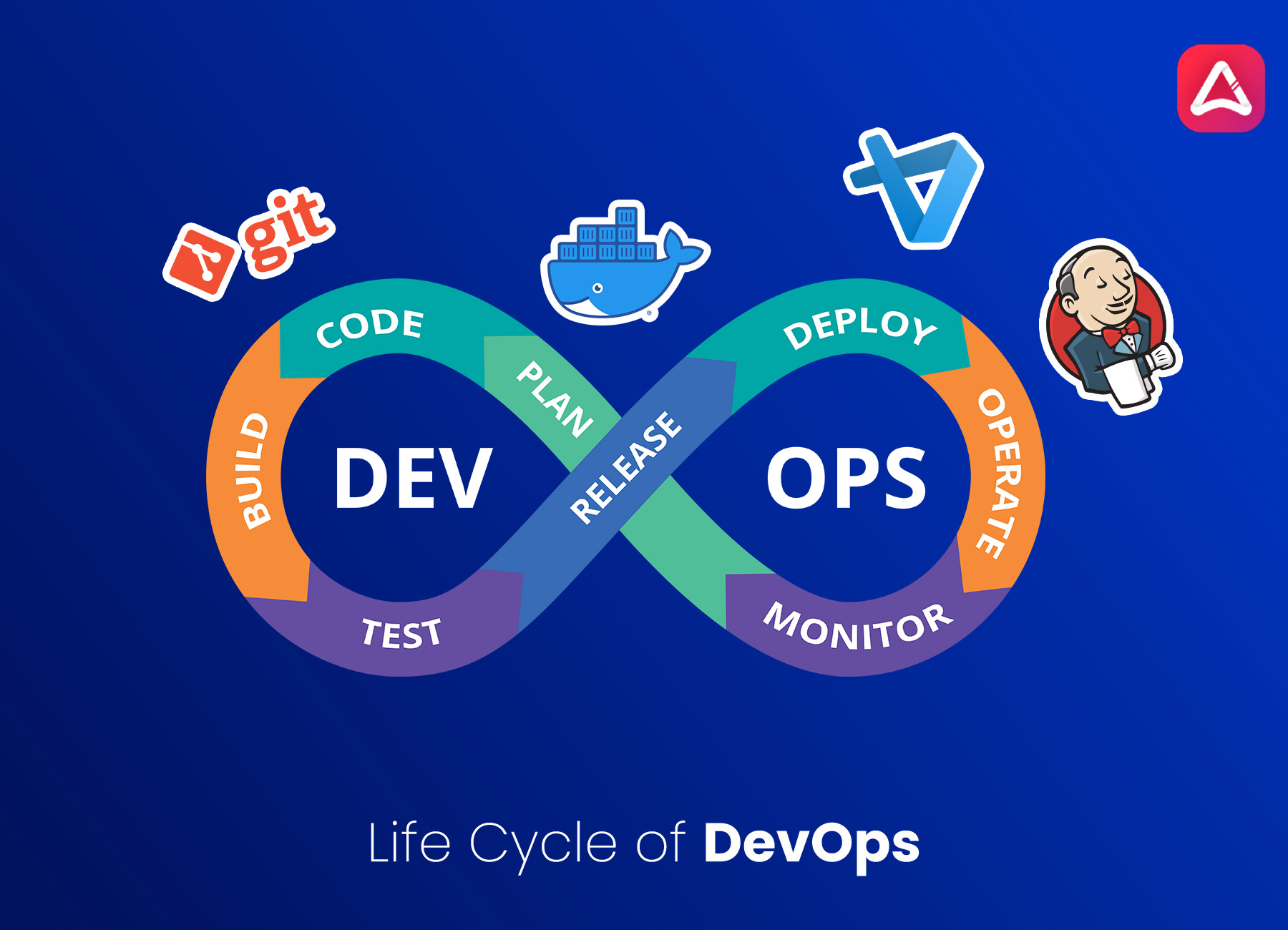 In most cases, software application development becomes time consuming due to its complexity. To deliver an application in a short period, app developers follow a universal set of practices called the DevOps lifecycle.

So what is DevOps in the world of application development? Let’s dive into its meaning, uses, and into each critical phase of the DevOps lifecycle.

DevOps is a culture that encourages collaboration between the development and operations team to bring code into production faster in an automated and repeatable way. The word DevOps is a combination of two words operations and development. As per DevOps developers, it helps to increase the speed of an organization to deliver apps and services.

However, it enables organizations to serve their customers better and compete more strongly in the marketplace. Simply, DevOps is an alignment of IT development and operations with proficient collaboration and communication.

How is DevOps Implemented in the Development Phase

DevOps is deep integration between development and operations. You can’t understand it without knowing the DevOps lifecycle. Here is some brief information on the continuous DevOps life cycle. Have a quick look:

After the Continuous Development, phase comes Continuous Integration, and the first phase automatically translates into the second. This phase involves different steps, including planning the test execution to be carried out in the test phase. Also, understand the project requirements provided by the customer to incorporate the necessary features into the software product.

However, AppStudio a proficient agency states, the stage involves changes to the source code frequently, and often on a daily or weekly basis. Many refer to the Continuous Integration stage as the overall DevOps lifecycle. Moreover, this is the phase where problems in code will catch early on.

To start the process and support development and operational teams in dealing with a rapidly changing environment, they must have a plan in place. In DevOps, a backlog is created and prioritize any time during the lifecycle and adjusted accordingly. Planning adjustments must be frequent to accommodate rapid changes in business requirements.

Tight integration between planning and execution is necessary for this cyclical process. Furthermore, it is achievable by planning small batch quantities, executing the strategies and adjusting the planning where required.

This phase requires the system to deploy the software in a specific environment automatically, but not in a customer environment. However, as per competent Android app development company, continuous deployment is a prerequisite for a constant delivery phase.

In this phase, the operations team will address improper system behaviour or bugs found in production.

This phase of the developer life cycle automatically provides a unique environment upon deployment, referred to as Infrastructure as Code and is a core part of many DevOps pipelines.

Additionally, the tests performed during these DevOps lifecycle phases depend on the organization and what’s relevant to the application. Still, this stage can be thought of as a test platform where you can install new tests without interrupting the developer flow or impacting the production environment.

The Release Phase is an essential milestone in the DevOps development cycle. However, that’s when we say the build is ready to deploy to a production environment. At this point, each code change goes through a series of manual and automated tests.

Depending on the DevOps maturity of an organization, they can choose to automatically deploy any builds that make it to this stage of DevOps lifecycle. Developers can use feature flags to turn off new features so customers can’t see them until they’re ready for action.

This model is considered as DevOps nirvana and is the way organizations manage to deploy multiple releases of their products every day.

The operations team is now working hard, making sure everything runs smoothly. Based on the configuration of the hosting service, the environment automatically adjusts to load to handle peaks and troughs in the number of active users.

Organizations have also developed ways for their customers to provide feedback on their services. Also, tools that help gather and prioritize this feedback to help shape future product development.

This feedback loop matters – no one knows better what they want than a customer, and customers are the best team of testers in the world, contributing more hours to testing the app than the DevOps pipeline can do.

What is The Role and Responsibility of DevOps?

Being part of a DevOps team means you have the responsibility to create a CI / CD pipeline and optimize processes and tools. DevOps-minded developers will see ways they can continuously improve the pipeline, from people to operations. The team will shift testing and QA further to the left in the development cycle, allowing the team to test without restricting speed continually.

With shared responsibility and ownership of the code, DevOps teams must assume on-call responsibilities and incident management work. But the more time the DevOps engineers spend responding to incidents, the more they learn about their work systems. So over time, developers start writing code that is better suited to their applications and infrastructure.

Is DevOps Good For Developers?

DevOps is not that much old. Many DevOps professionals started as multilingual programmers with some experience in infrastructure management. The general trait is the ability to move between system administration, testing, and development. You can quickly get started in DevOps in mobile app development as long as you are willing to learn new tools and technologies.

A career in DevOps requires curiosity and a willingness to cross-train outside of your comfort zone. Also, the assumptions of your current role. Being a successful bridge between teams wants a common understanding of the work. The broad approach will help to gain practical experience in different positions and settings. Additionally, developers can continuously learn new technologies and skills that can be applied elsewhere.

The DevOps approach is emerging as the way to go when it comes to developing apps. However, it meets the highest quality standards and at the same time, delivers with a faster time to market. The future belongs to DevOps as we expect to see more and more dynamic applications developed.

Also, you can keep up with the changing market demands and user requirements. As DevOps continues to grow, the future will also see rapid advancements in the field of automation test tools. Lastly, if you have any issue related to DevOps app development, contact us today. Thus, our experts will help you. 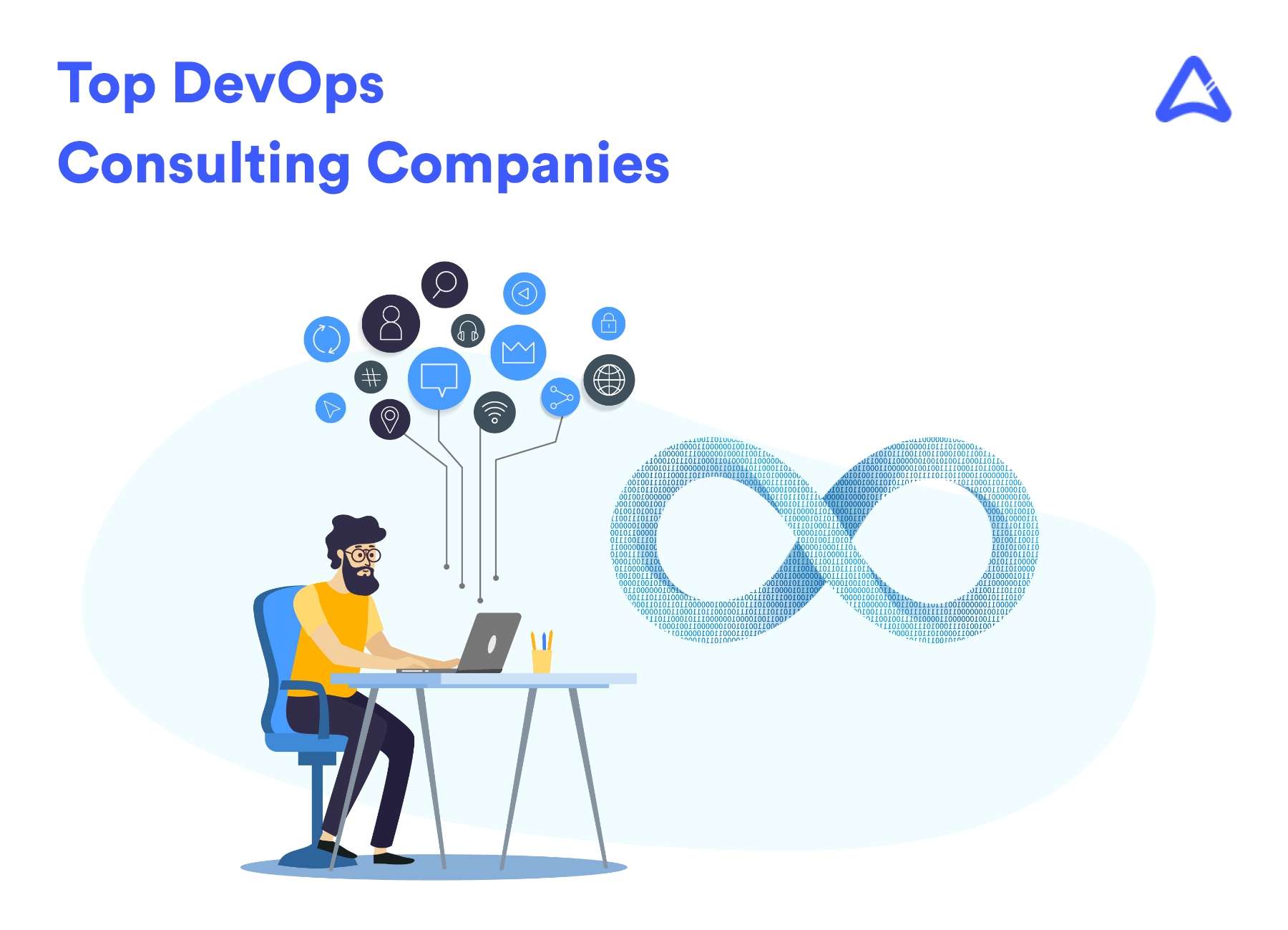 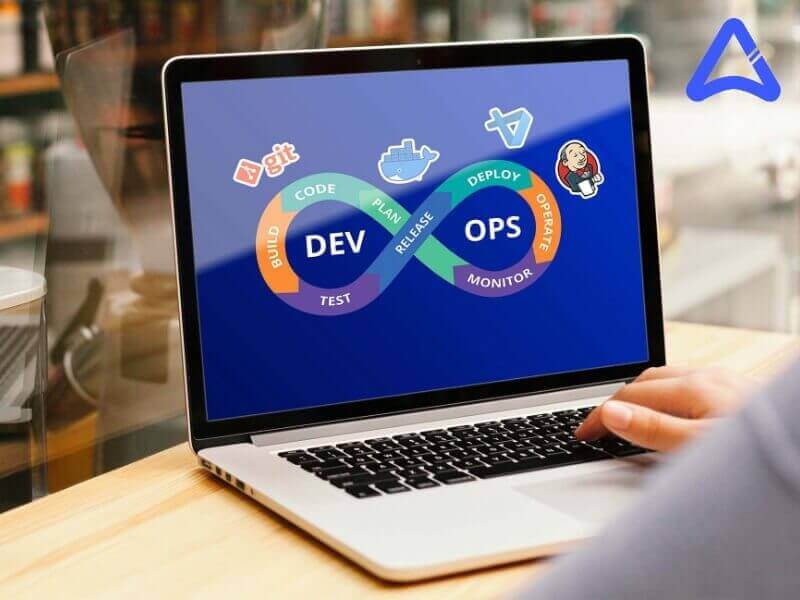 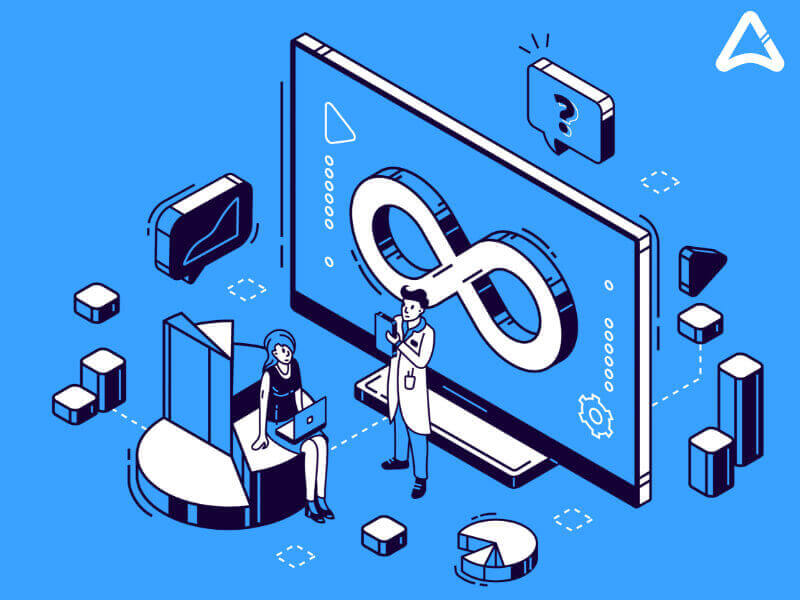 The Role of DevOps in Mobile App Development: A Comprehensive Guide