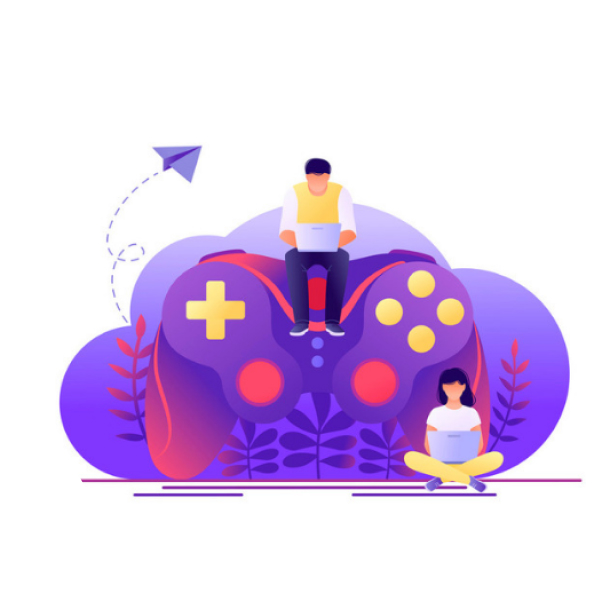 Planning to hire the most outstanding Unity game developers for your gaming business? Well, here we are. AppStudio is the most renowned Unity game development agency, working with the best Unity developers. By harnessing the power of the Unity 3D gaming engine, we have provided our clients with mind-boggling and highly engaging games.

Game development is a marvellous idea in this 21st century as they are a popular source of entertainment and a boredom buster for people of all ages. So, to develop attractive and fun-to-play mobile games for your users, you need to secure the services of AppStudio’s top unity developers to make capital out of the boom. We have provided our gaming services to organizations worldwide by developing eye-catching, engaging, and premium games to keep businesses a foot ahead in the race.

What Makes Us the Best Unity Game Developers?

AppStudio is the most elite name in the field of Unity game development. We create unique and remarkable games right on budget with an agile and skillful squad of talented Unity developers. We have expertise in building mobile gaming apps for every platform. Being the most devoted game development company, we offer incomparable satisfaction to your users, which helps you stand out in the gaming market. If you plan to hire Unity game developers, reach out to us, we guarantee you a plain-sailing experience along with a robust gaming app in your hand.

Let’s look at some of the benefits our Unity game developers can shower you with:

i) Cross-Platform Versatility: There’s no doubt about the fact that Unity 3D is the most reliable gaming engine. It runs on every platform available. We, at AppStudio, take advantage of all the boons gifted by the Unity 3D gaming engine. Our versatile Unity game developers can develop a single game and launch it on different platforms. It is the perfect choice for businesses that want to expand their reach and attract users from various platforms. Hire Unity 3D developers from AppStudio to stand out from the crowd.

ii) Multiplayer Advantages: With the help of the Unity 3D platform, our top unity developers create a real-time gaming network. The Unity 3D Engine provides you with a jaw-dropping multiplayer experience. It can be customized, swiftly executed, and is scalable. We build awestruck and dynamic multiplier games for users to keep them engaged. This is why organizations worldwide have reached us to avail of our game development services to level up their business.

iii) Captivating Graphics: To make a great name in the market, you need to develop games with attractive graphics. A good game with good graphics will engage the users. We have a team of the best Unity developers that offer mind-blowing and visually appealing graphics. We are a stroke of luck to your business. They make high-end gaming applications and never compromise with quality, thus showing you the face of profit.

iv) Flexibility: Apart from showing our brilliance in the 3D gaming department, our top Unity developers also excel in developing 2D games for any device and platform. With the help of Unity’s 2D motor, our unity developers build high-performance 2D games. Moreover, our developers beautifully connect the 2D world to develop some fantastic games with visually appealing features.

AppStudio, the leading name in Unity game development, works with the top Unity developers. We offer versatile game development solutions for your device on several platforms. Our Unity front-end developers give their everything to build and design eye-catching games with the strength of Unity Engine. From creating arcade games to action games, adventure to Augmented Reality (AR) games, card and poker to adventure games, the list is endless. Hire Unity game developers from AppStudio and take your business to a whole new dimension.

The inclusion of Augmented Reality (AR) and Virtual Reality (VR) has taken the world by storm. Our team of adept Unity game developers provides staggering and personalized AR and VR games for gamers with the power of Unity Engine. Our main objective is to give them a real feeling of the real world.

Using the Unity 3D gaming engine, we tailor-made interactive three-dimension (3D) games for you besides designing 2D games. Thus, we provide a seamless real-life gaming experience to our clients and their users. Furthermore, games developed through the Unity 3D gaming engine are versatile. They can run on separate platforms such as Android, iOS, Windows, and several gaming consoles, including Playstation, Xbox 360, Nintendo Wii, etc. Therefore, developing games with Unity for Java developers is like a breeze.

Why Should You Go for AppStudio’s Unity Game Developers?

At AppStudio, we deliver premium-grade gaming apps harnessing the power of the Unity gaming engine. Our top Unity developers have provided gaming services to numerous organizations in Canada, Dubai, Australia, and several other countries. We have delivered up-to-the-state gaming features and took their businesses to new heights. So be it in mobile apps or developing game applications, if you need to hire app developers in Dubai or from any other country, contact AppStudio and take this alliance forward.

• You Select, We Deliver: We give our clients the complete flexibility to select Unity game developers for hire from our talented squad based on their business initiatives and budgetary restrictions. Hire app developers to build your game from AppStudio, and stay ahead in the game.

• Punctuality: When you hand over your project to AppStudio, rest assured that we will launch your project right on time without any worries. Punctuality is the other name of AppStudio, and we complete it within the given time frame.

• Strategic and Methodic Solutions: Our passionate team of Unity developers, despite giving their everything, also levels up your plans and ideas related to the game by giving strategic and methodic solutions for a much smoother gaming experience.

• Client Comfort: AppStudio, the eminent Unity game development company, guarantees you 100% client satisfaction. We do not launch the product till our clients are delighted. We ensure you with 24/7 assistance even after gaming app deployment.

If you look at the gaming market, you'll see 40% of the store is filled with games built on the Unity gaming engine. The power of Unity is ethereal. It is a splendid platform and deeply approved for developers, specifically those who want a fantastic UI/UX design in their gaming app to engage users worldwide. So stop waiting, and get in touch with AppStudio, and take the best Unity game developers for hire in your gaming project.

AppStudio is an award-winning Unity game development firm working with top-level Unity developers to deliver mind-blowing and fun-to-play games. With our talented and dexterous squad, we have been of help to numerous organizations across the verticals. Hire Unity developers from AppStudio to make your gaming project a hit in the market.

Where can I find good Unity game developers?+

You don’t need to find the best Unity developers. Instead, contact AppStudio to hire unity game developers. Our developers have worked with the biggest names in the market and have helped them thrive. Reach out to us for a whole new gaming experience.

Is Unity good for game development?+

Yes. Developing games with Unity will be the sound decision for you. To make premium-grade games with visually impressive graphics, Unity stands out tall. It is versatile in developing games for cross-platforms. AppStudio, being a premier Unity game development company, provides robust and eye-catching games using Unity 3D Engine for organizations worldwide.

Are there any Unity game developers in Australia?+

Yes, mate. AppStudio is the most renowned name in the field of Unity game development in Australia. Numerous organizations hire app developers in Australia from AppStudio to develop feature-rich gaming apps with the strength of Unity 3D gaming engine for their users. So contact AppStudio, Australia and transform your ideas into reality.