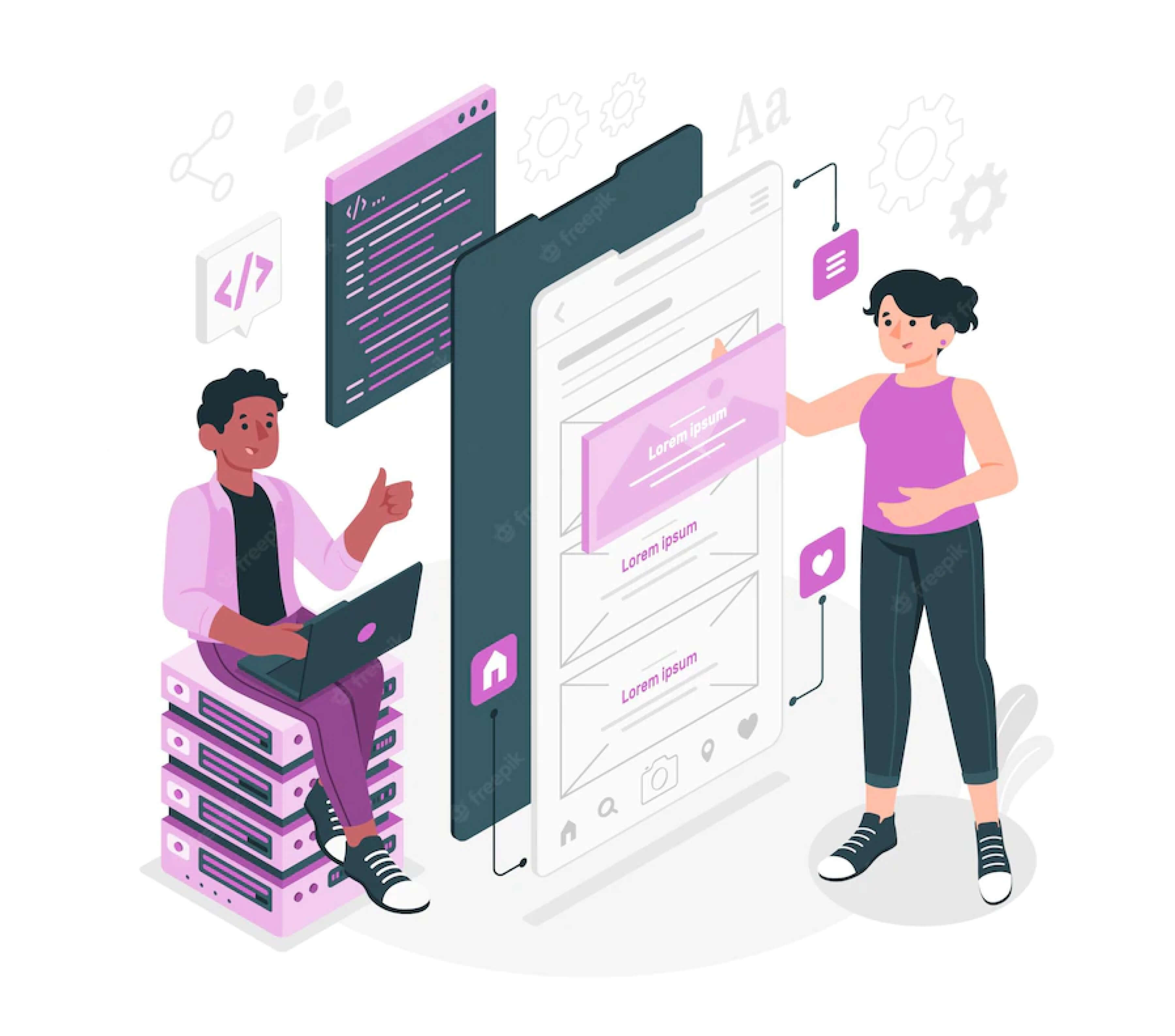 We listen to our clients, arrange meetings and then develop products that not only satisfy our customers’ but also play a vital role in their growth.

We assign dedicated development teams to projects and make sure that one team works on just one project to ensure quality.

You should not worry about the loss of any data. We know that data is very important and take good care of it.

Agile development is the key to secure productivity and efficiency. We develop products that are innovative and competitive.

While working with us, you need not worry about leaks and security. Protection is our topmost priority.

The competitiveness of companies today also passes from their ability to initiate digitalization processes. Digital transformation can allow your company to avoid the risk of being "cut off" from the innovative dynamics that this transformation brings, together with numerous other advantages, let's see how. The digitization processes often involve an initial effort by the company, a commitment to fit into a path of evolution, and therefore to change, which may lead, if well directed, to greater efficiency and higher productivity.

It is one of our premium development apps, including Swift coding, basic UI design concepts, integration of iOS content, and prototyping. There's no doubt that Apple is offering luxury, and we're also making sure our iOS-based products offer the same.

Android is an operating system that most manufacturers are using. From the wealthy to a common man, thanks to budget phones, everyone has access to the internet. We make sure our Android apps are available, providing full usability.

On the server-side, behind the scenes, the back-end developer works, allowing the user to enjoy his work experience. We apply effortlessly ASP.NET, PHP, Ruby, Python, and Java, etc. and keep in mind the main idea of consumers.

We also consider our customers ' needs and goals at Appstudio. Upon releasing the app, we not only do QA sessions, but also build mid-sessions with clients from scratch to prototype. As prevention is better than cure, we check the app many times.

To design a native application, you must use all the capabilities of mobile devices. It's not about making concessions on the user experience you want to create. But to have, ultimately, a solid basis to scale up, and transform a mobile product into a real business. Technical side: our main projects were developed with React Native and Xamarin.

Today, because of their cost-effectiveness and streamlined interface, hybrid apps are increasingly being used in the mobile world. At Appstudio we have designers who are capable of creating hybrid applications based on incorporating all of the customers ' focal points.

Developing an iOS application makes your application accessible to the Apple community, and more broadly, to iPhone and iPad users. To be able to reach these users, it is necessary to develop compatible applications, in other words, iOS applications. The development of a single responsive iOS application will make it possible to be adaptable to all Apple terminals with the possibility of nuances between devices. Once the iOS application has been developed, it can then be accessed and referenced on the Apple store.

Android applications must be solutions adapted to each company and each specific need. It is with this in mind that AppStudio supports you throughout the project. The permanent upgrades mean that Android apps are always improving to meet users' needs. Seen from this angle, this is a good prospect for marketers to constantly update their advertising strategies through mobile applications. The Google Play Store is without a doubt the largest mobile application market that exists with millions of users accessing it every day. This means that Android applications reach more people than applications offered on other platforms.

Android Studio is set of tools for the rapid creation of applications in Android. The interesting thing about Android Studio is that it automates some functions so that android programmers can concentrate on the purest design of a native application.

The particularity of its task will reside in the programming language used. These are the languages PHP, Python, Java, Kotlin, Go, or Ruby. This makes it easier to store email addresses, passwords, profiles or product sheets. It will also be necessary to use frameworks (frameworks in French) such as Cake PHP, spring, Symfony or Code Igniter. The developer who is in charge of it must evolve in concert with the other stakeholders in order to ensure a smooth and consistent operation of the tool thus created. In a way, it is the keystone of development and will coordinate all actions. As you will understand, unlike Front-End development, the work performed on the Back-end is not visible but conditions all the orchestration of business rules.

Thanks to AppStudio’s quality assurance model and validation model, it is possible to assess the maturity of the organization in terms of software quality and to create a roadmap to guide the process of improving quality practices. AppStudio methodologies and environments cover all stages of the software testing lifecycle and provide comprehensive testing services - from test planning to test execution, metrics collection and reporting - while building a foundation solid reuse. The skills of specialized tools allow AppStudio to help project teams determine the current system capacity, identify and resolve performance issues, ensure that SLAs are met and that performance requirements are properly addressed.

The native mobile application is written with the specific language of the smartphone. Such as Java for Android and Swift for iOS, or Flutter usable for both! Direct access to all the features that your smartphone can offer (GPS, Camera, Virtual Reality, Notification, SMS, etc.).

Hybrid frameworks do not use the language specific to the Android or iOS smartphone. For example, React Native uses JavaScript to create cross-platform mobile applications, based on the React library, created by Facebook for web interface creation.

AppStudio has always managed to provide enterprises and startups with an extra edge over competitors with the help of digital mobile solutions. Our app business is booming in Saskatoon and other North American regions. We develop mobile apps and other digital solutions with a core focus on quality and amazing technological stack. We rely on our talented and award winning team of developers, designers and other staff.