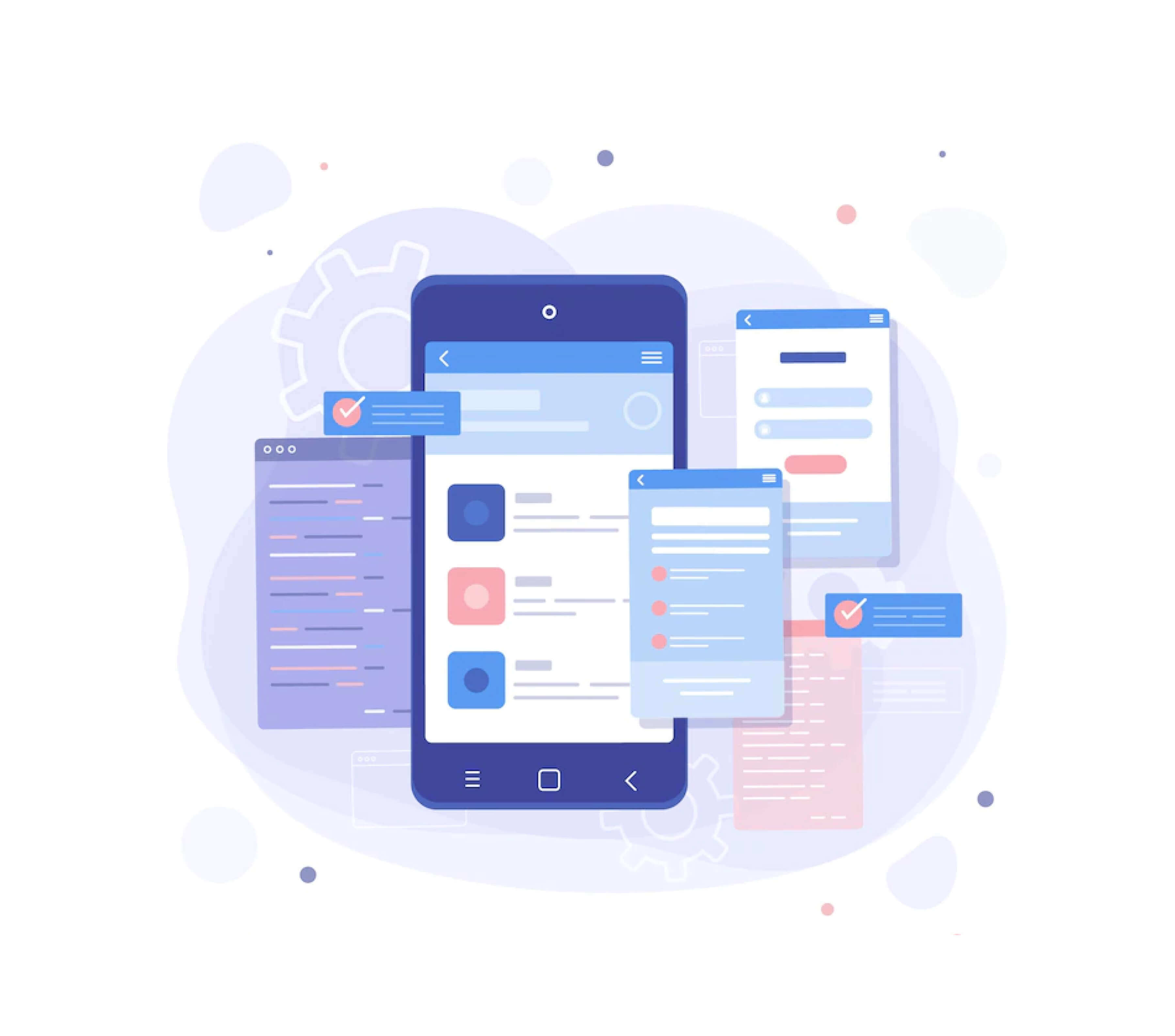 While Android has an open-source code, iOS has closed source code. This means that iOS works on Apple devices only. The development team might use Swift or Objective-C. Also, iOS developing tools include: iOS SDK, or Software Development Kit, is integrated with the Cocoa Touch UI framework. The framework provides graphical elements, user interface controls, and others. XCode is the official integrated development environment (IDE) for iOS app development. Swift Playgrounds is a development environment for Swift. TestFlight is an online service for over-the-air installation and testing. This online service allows to test your apps and collect valuable feedback before the app release. Advantages of iOS mobile app development:

The backend in a mobile application system is that centerpiece, which we also call the web server engine, which centralizes all requests made from mobile devices that need to write, collect data from a database, records, shipments, etc. The backend can be developed in several very diverse and different technologies. There are large mobile application development systems that are developed in different languages. For example, we have facebook that its backend is developed mainly with PHP; we have linkedin or paypal, that your backend system is implemented with the powerful and versatile node.js, etc. In AppStudio, we prefer to use the powerful node.js as a preference when implementing robust backend systems and for app development. Its versatility, efficiency and unlimited resources in the market, make it an optimal choice today for any mobile application system that wants to scale and have a long journey. Experience indicates that this language exceeds its objective. Either for mobile app development systems or for complex web page systems, which can scale in the future, removing the processing limitation. In addition, backend systems can be easily deployed in the cloud. From AppStudio, we use both large projects and small software projects such as Heroku or Amazon WebService to host these centralized systems.

When a user runs a software, no matter what type, it only sees a small part of it. The outside, the design, and how it behaves while it is being used are the visible elements. However, in the shade there is a work that is not perceived, but that is essential for a correct start-up of that product and to maintain its quality during its operation. An important part of that work that is not seen is in quality control. Once the software has been developed and the design adjusted, it is necessary to test the operation of the final product. This process is somewhat more complex than simply using the program and waiting for failures to arise. Structural quality is measured with applications specifically created for this purpose.

Applications developed on the native programming language (Java, Swift, Objetive-C…) of the device. These applications are 100% platform dependent. Therefore, we must develop and maintain a complete application for each target platform (iOS, Android or others).

Applications developed in HTML, CSS and Javascript that run on an abstraction / framework layer (Apache Cordova, Ionic, React Native, Capacitor ...) that provides access to the terminal resources in a neutral way to the type of device. Therefore, through this paradigm, a single common application is developed and then prepared for each platform (with small functional adjustments if necessary).

Smartphones and tablets are already part of everyday life for most people. Just look around in the streets, restaurants or the subway, to see how crowded they are. According to a study, 84% of users say that smartphones are more important to them than computers and television. Another study shows that mobile traffic already exceeds desktop traffic in North America. Considering this data, it is clear that it is a relevant channel for marketing.

With their specific services and functions, mobile applications have become relevant tools in the daily routine. Calendars, emails, chats, maps, and games, among many others, accompany people every day, at all times. Companies that manage to enter the world of applications generate a mutually beneficial relationship with users, loyalty and giving stability to their businesses.

Montreal is one of the hubs of technological innovations in Canada. Thanks to its cultural diversity and amazing immigration program, talent is in full swing here. Sensing that, AppStudio seized the opportunity and has been providing companies with digital solutions for a decade.